The Future is Now!
Stoodio News 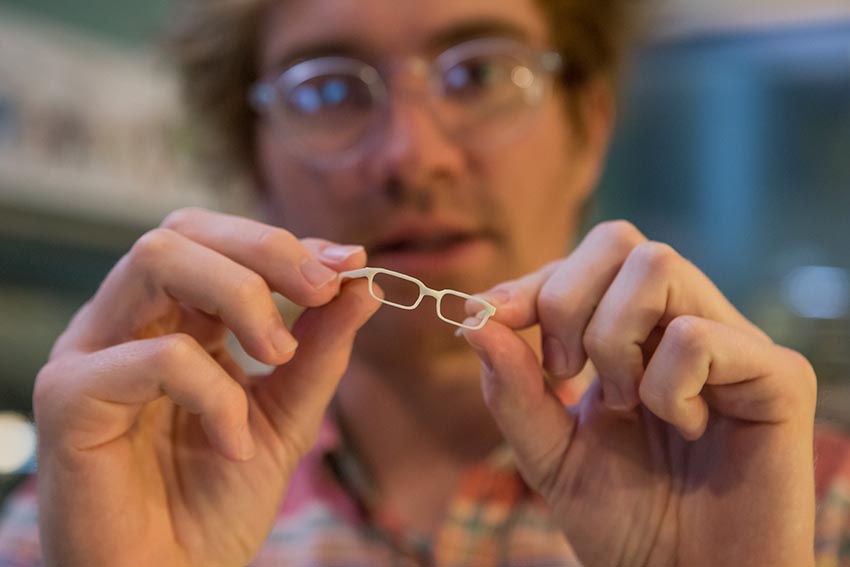 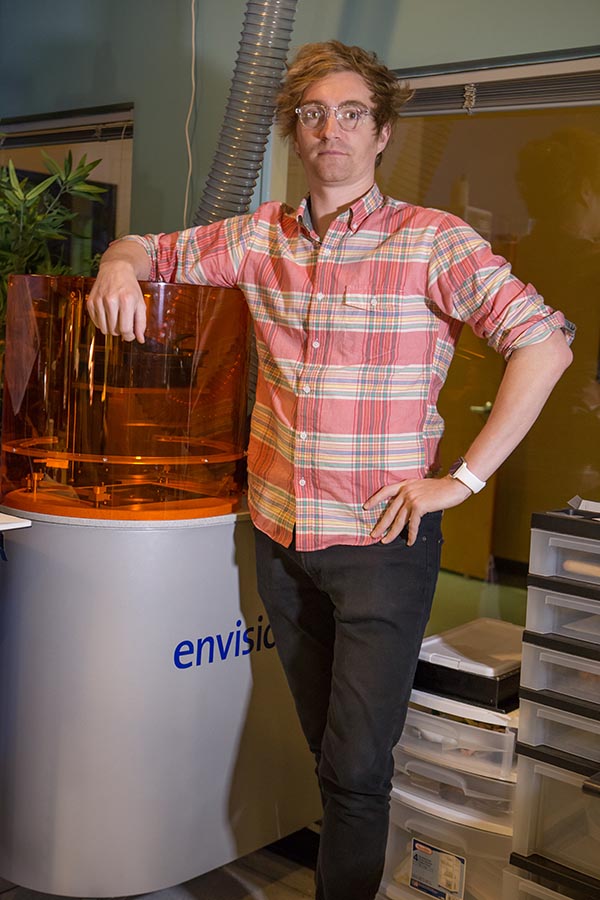 Welcome to the Digital Design and 3D Printing Department! We’d like to introduce you to our Director of Digital Design, Tommy Keiser, and take a peek into the behind the scenes of 3D printing at Stoopid Buddy Stoodios!

Introduce us to yourself! Who are you, what do you do at the Stoodio?

My name is Tommy Keiser,  Director of Digital Design at the Stoodio. I lead the incredible Digital Design Team here. We digitally sculpt characters and all of their different components which we then print out on our 3D printers! The future is now!! 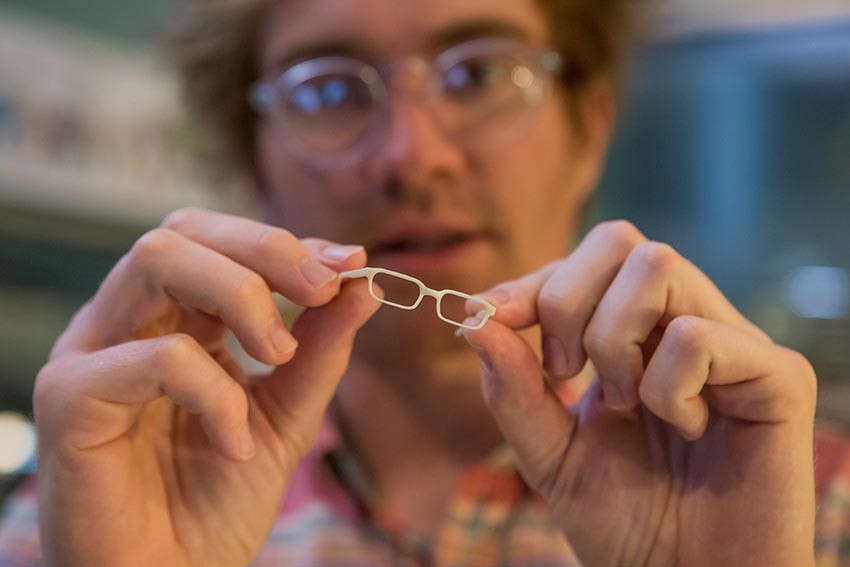 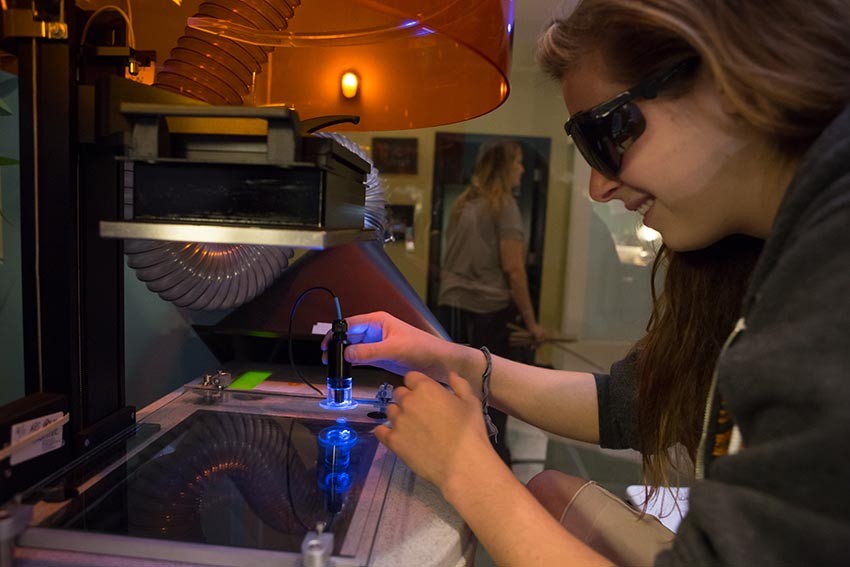 Introduce us to the 3D Printers!

We have two high resolution 3D printers! Our team started out with a small printer about the size of a coffee maker called the Projet 1200 by 3D Systems. It prints smaller objects at a very high resolution. This printer is mainly used in the jewelry and dental industries, but it’s also a perfect fit for our puppet’s hands, certain costume elements, and sometimes even our smaller characters. We printed some of the characters from the Frooti commercial on our small machine.  After realizing the benefits of having a printer in house we decided to get a larger machine as well. The large machine is a Perfactory 4XL by Envisiontec. The Perfactory can print entire puppets, bodies and all! 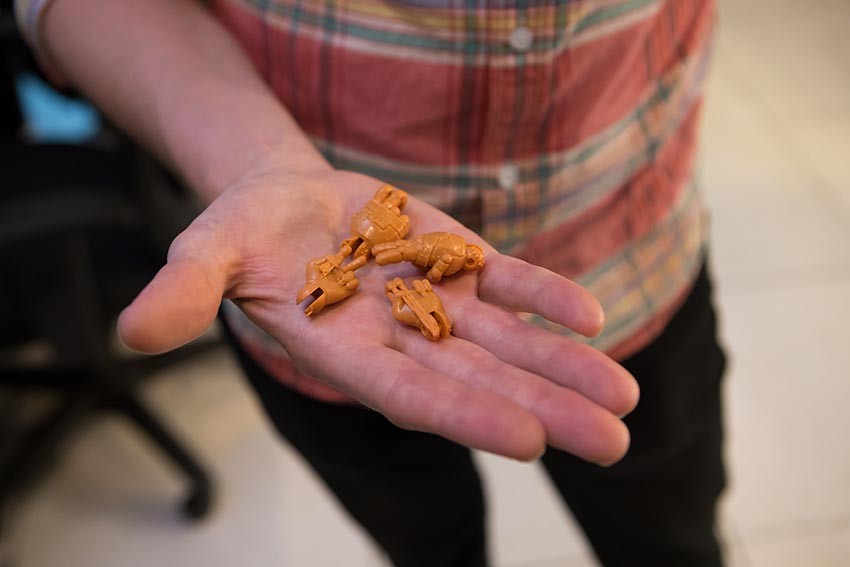 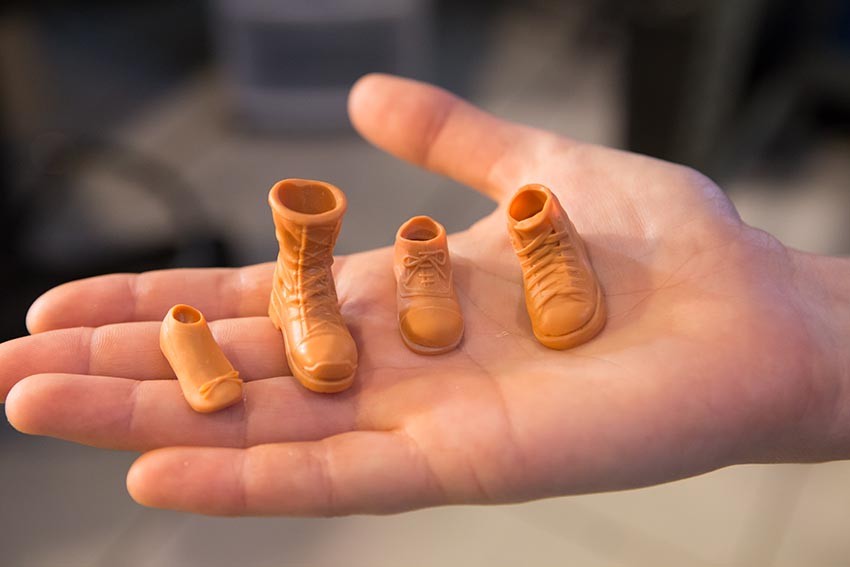 How do they work?

Our printers are SLA printers which can capture very fine details. They print objects out of a photosensitive material, a liquid goo, which is cured by a projector from below, layer by layer, as a build tray moves incrementally out of the liquid goo. It’s like something out of Terminator. 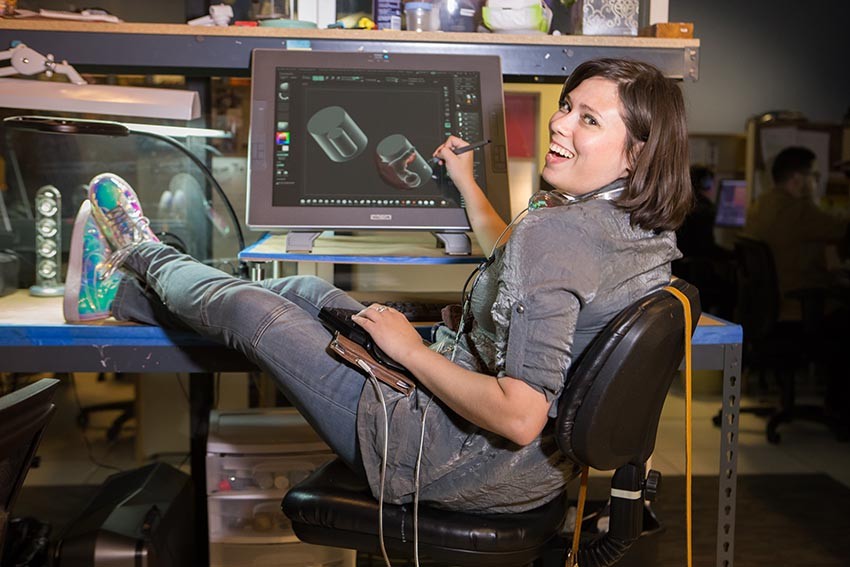 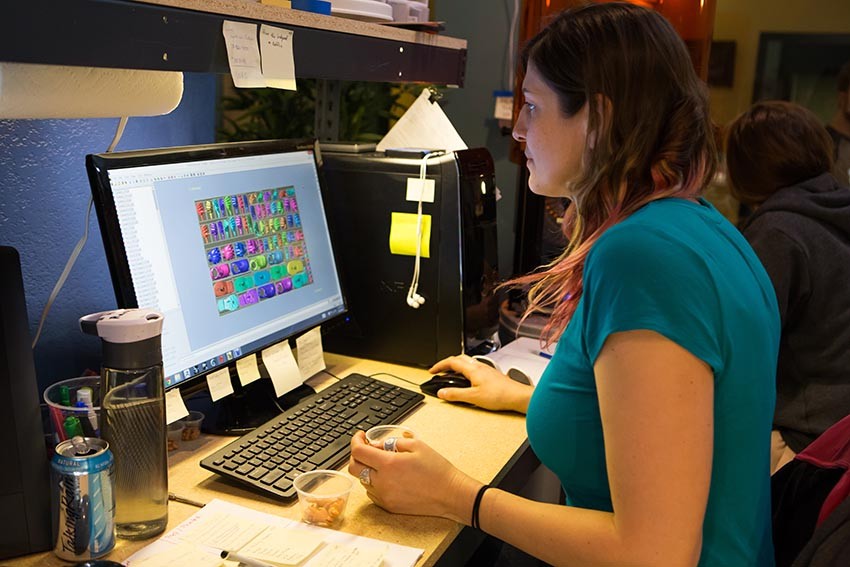 What can you make with a 3D Printer, and what is the process like?

The cool thing about 3D printing is we can make pretty much anything! The thing we focus on the most is creating the characters you see in our shows and commercials! The process begins with design sessions. After receiving the concept art we meet with the Directors and discuss the character’s back story. We also go over what the character will have to achieve in animation, which is where the engineering of the puppet begins. We spend time in front of a white board hashing out how the puppet should function and solving design challenges. After we feel we have a handle on the design the next step in the process is digital sculpting in ZBrush and modeling in a variety of other 3D software. After we complete the character in 3D we create renders for the final approval process. Then it’s off to the printers! We create parts with support structure or little ladders which hold the parts of the puppet to the printing tray as it is printed. After a few hours, the character you just created on the computer is now a tangible thing in your hands with all the details! It’s like magic! 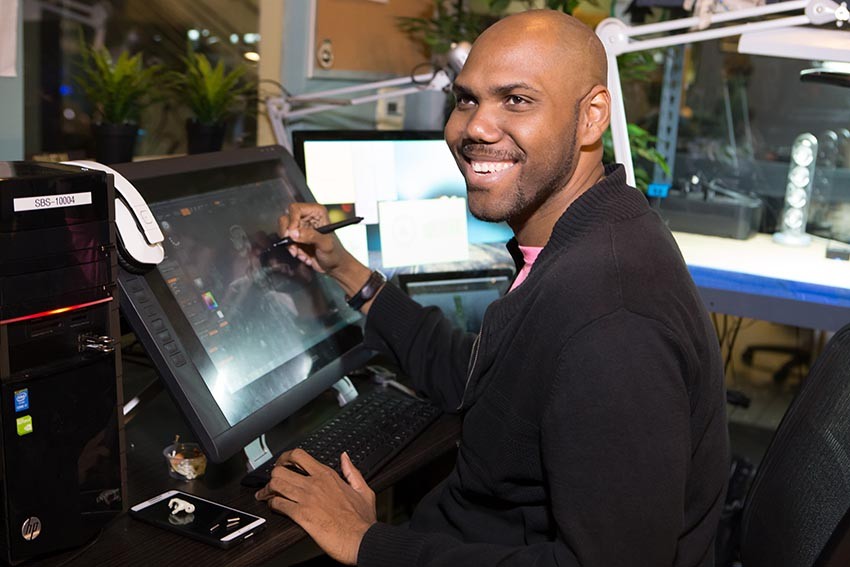 How can 3D Printing be an asset beyond creating characters and props for Stop-Motion Animation?

Lately we have been involved in a variety of toy and product designs as well as creating the stop motion puppets for our shows and commercials here at the stoodio. It’s exciting working with clients to help make their visions a reality. Seeing concepts evolve into a final product is incredibly rewarding. We continue to grow in the services that we offer. Our talented team has shown great competence in delivering quality assets for film and television, creating character maquettes and statuettes, and promotional displays for marketing campaigns. The sky is the limit.  We are excited for the opportunity to bring your ideas to life!
Back to News